In Italian and Latin

Collection of documents covering the years 1379-1674, concerning the affairs of various members of the Arrigucci family and divided into three sections. The first section (Folder 1) contains a transcript, dated 1379, of the confession of four members of the Arrigucci family before the bishop of Fiesole, a small town outside Florence. which was the ancestral home of the Arrigucci. The second section (Folder 2) is composed of the legal proceedings of a lawsuit between the Arrigucci and the Galeotti, accused of debt insolvency. The lawsuit started in 1583, but lasted until the end of 1584. The third section (Folders 3-12) consists of legal, financial and notarial documents, accounts, and genealogical information for numerous members of the Arrigucci family, as well as documents that outline their interactions with the D'Andrea, the Medici, the Sangalletti, the Capponi, and the Gondi. The documents contained in the third section were originally bound together under the name Filza XXIV A2 di scritture de signori Arrigucci, now disbound. Most of these documents are of genealogical significance to reconstruct the lineage and history of the Arrigucci, and include some 16th-century copies of 14th-century original documents. One document contains information regarding the creation of various goldwork enterprises. Other documents describe the partnership between Francesco Guidacci, Andrea Arrigucci, and Francesco Sangalletti to engage in banking activities, and a tentative agreement between the Arrigucci and the Arte della seta and the Arte della lana, important guilds of Florence. A detailed inventory for a palace in Florence belonging to a bishop from Fiesole is present. A list of the books collected by the bishop is also included in the inventory. Other miscellaneous documents include accounts, debts and credits, and various wills (for example those of Arrigo di Filippo Arrigucci, Giovanni D'Andrea Arrigucci, and Ginevra di Giovanni Arrigucci.) 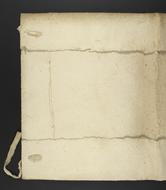 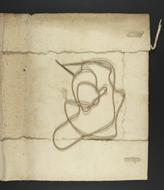 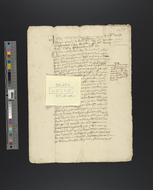