Spanish and words from one or more Choco languages, possibly Catio, and/or Chamí, Epena Saija, or Waunana; with a clipping in English

Probably written in New York in 1873, as indicated by the inclusion of a clipping from a New York newspaper of May 1873; the manuscript uses the same paper as other items on the topic of Darien languages dating from that time and found in the same bound volume.

C. Hermann Berendt's transcription of a vocabulary of 57 words or phrases, including the numbers 1 to 6, in a dialect of Cuna (?) spoken by the Cholo, or Choco Indians of Panama and northwestern Colombia, as recorded by Berthold Seemann, in his article entitled The aborigines of the Isthmus of Panama (Transactions of the American Ethnological Society, vol. 3, 1853, p. 175-182, the vocabularies on p. 179-181). Choco languages that could be the source of the vocabulary include the Embera languages Catio, Chamí, and Epena Saija, and Waunana language. Whereas Seemann's primary entries are in English, Berendt gives them in Spanish. (For another transcription by Berendt of this same vocabulary, along with other vocabulary given in Seemann's article, see Ms. Coll. 700, Item 170.) The manuscript includes a clipping from the New York Herald, 5 May 1873, with the heading (handwritten by Berendt): Description of the Chocos; the article concerns the United States Darien expedition under Captain Selfridge, and describes, in a report dated 26 April 1873, during the members' voyage home, the way of life of the Indians of the Choco tribe encountered by the expedition in the valley of the Atrato River, in the vicinity of the Cuia River, with mention of the town Quibdó and the village Vejia (f. 4r-5r). Also included are two maps (f. 5v, 6r) depicting the central and eastern portions of Panama, with the names of Indian tribes labeled, including: Savaneros, or Sabaneros; Bayanos; Cholos or Chocos; Doraces; Guaimis (Guaymis); Dolegas; and Manzanillo or San Blas. The manuscript has a remnant of a note that was tipped in and evidently removed (f. 3v). 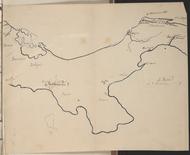 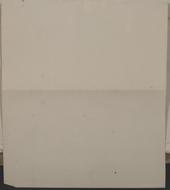