Handwritten copy of a manuscript by an unidentified author, which C. Hermann Berendt judged to have been written at the beginning of the 19th century (f. 1v). If the attribution of the text to Joaquin Dondé Ibarra, as suggested by William E. Gates (1924), is accepted, the original text would presumably have dated, instead, to around 1850 (as stated by Weeks). The text briefly describes 140 plants and herbs native to the Yucatán province of Mexico, including their medicinal uses. At back (p. 26-29) is a listing of all the plant names mentioned in the notebook, in roughly alphabetical order. 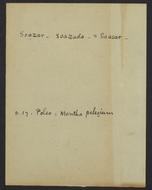 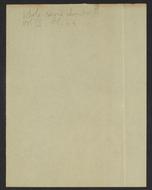