Miscellany of copies of legal and notarial documents, and trial proceedings, covering the years 1558-1668, concerning legal matters of the estate of Francesca di Vincenzo de' Medici, mother of Carlo and Alamanno de' Medici. Francesca and her mother-in-law, Ottavia Altoviti Medici, at the death of Vincenzo inherited his assets, including the farms of Valdinievole, Bravieri and Smicchi, all located near Florence. In 1558, Carlo and Alamanno, with the consent of Francesca, decided to become business partners and to manage the highly diversified family enterprise together. Alamanno was the partner originally in charge of the fiscal matters of the estate but, for a number of consecutive years, failed to fulfill his obligation, leaving behind a considerable number of debts with various counterparts. His mother, who had initially been the co-signer of some his loans and agreed to back his commitments, filed a claim to have her position revised, as well as to try to find a solution for the pending debts. An arbitrator was chosen and he ruled that the partnership between Alamanno and Carlo be dissolved, and Carlo (and his heirs) take over his brother's responsibilities. Alamanno was also to be excluded from further activity concerning the management of Valdinievole and fined. A similar situation occurred with the two other farms of the estate, Bravieri and Smicchi. Moreover, as a penalty for the delay in the payment of taxes, the farms themselves were very severely punished by a tripling of the outstanding balances. Francesca appealed this decision and the tax office approved her claim, offering a complete cancellation of the debts. The documents that relate to the aforementioned events are collected in no particular order, and include the proceedings of the trials during which Francesca requested arbitration to resolve the conflict between her two sons; a copy of the contract of partnership between Carlo and Alamanno de' Medici and one of its dissolution, as ruled by the arbitrator; and copies of the approvals issued by the tax officers. 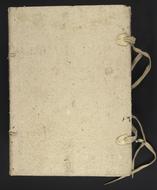 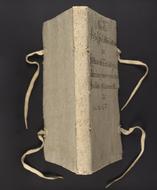