Latin, with a few pages in Italian

Deed or protocol, from July 1618, regarding the sale and maintenance of property owned by the late Archbishop of Taranto, Franciscus Columna, also referred to as Francesco Colonna (f. 7v), to Johannes Bandinus of Florence. The property, located in the Monte Cavallo area of the Quirinal Hill in Rome, is the same as that referred to in Ms. Codex 1545, against the Basilica of Sancta Maria Maggiore (referred to as Sanctae Mariae Maioris). Throughout, references to some of the clergy of the Basilica involved, including the cleric Fredericus Octaviani de Ghettis (f. 1v), and presbyter Felix de Simeonibus (f. 1r). Discusses events that occurred in 1450, as well as the contract by Petrus Antonius Bandinus (also referred to as Pierantonio Bandini) made in 1555 (f. 4r), focusing on property located in Monte Cavallo originally sold by Franciscus Columna to Petrus Antonius Bandinus in perpetuity and the details of its sale and maintenance. One of the potential buyers is Pope Paul V (f. 1r). The property contains vineyards and gardens, as well as cottages. The majority of the manuscript details contracts (probably copied from earlier documents) regarding the sale of the property, maintenance, and tenant issues. Contains a few small summaries of the sale in Italian (f. 7v-8v, 9r, 25v-26v). Contains two notarial ink stamps of three hills topped with a cross and the initials MAC, with the motto Omnibus fidus, signed by Michelangelo Cesius (f. 33r, f. 35r). Sewn gatherings with no binding. 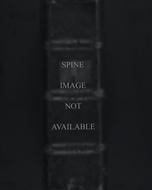