German, with some words in Latin and marginal notes in English

Written in Germany[?] in the second half of the 18th century.

Extracts from works on chemistry and alchemy. Includes sections on distillation, calcination, fermentation, and discussion of the philosophers' stone. Also includes a list of contents (p. iii-viii). 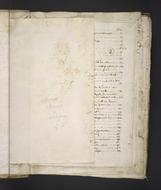 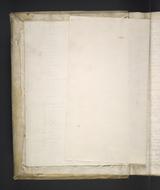