Likely copied in North Africa, in the latter half of the 17th century.

An abridged copy of a history of several Arab dynasties, ending with the Almohads. This volume contains three partial chapters: the end of an abridgement of chapter 1, chapter 2, and the beginning of chapter 3. The text begins and ends abruptly. Chapter 2 (f. 47v-90r) is about the Prophet Muhammad. Chapter 3 starts with the first four Caliphs, continues through the Umayyads (f. 103r-120v), tours briefly through the Abbasid rulers (f. 120v-142v), mentions the Fatimids (f. 143v), then follows up with brief accounts of the Almohad rulers through al-Ḥasan al-Saʻīd ibn Yaʻqūb al-Manṣūr (d. 646 A.H = 1249). 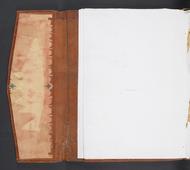 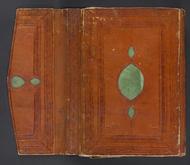