Most leaves marked with Tre lune with a single initial, either B or G; a few leaves have a name in block letters.

Headers and guidewords are written larger, in a script similar to thuluth. Some chapter headings enclosed in decorative rectangles (p. [184], 329, for example). Other decorative florets appear around poetry and near chapter divisions. Between pages 208 and 215, there are rubrications in red. 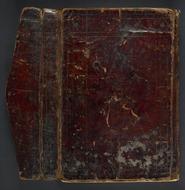 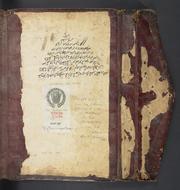