English, with proverbs and other quotations in German, Dutch, Latin, French, Italian, and Greek

Pastorius' commonplace book, usually referred to as the Beehive manuscript (from Pastorius' prologue, p. 1), is a compendium and alphabetical digest of knowledge including inscriptions, epitaphs, proverbs, poetry, Biblical citations, theological citations, quotations, a list of books he read or knew, copies of letters, and notes on science, useful herbs and other plants. Pastorius divided his list of titles into "Quaker" and "No Quaker," Quaker titles number 414 and non-Quaker 700 (see Lyman W. Riley). A section of genealogical materials on the Pastorius family was bound in or laid in at the end of vol. 1, this includes a memorial poem to Francis Daniel Pastorius by Howell Powell, dated 1720, and added entries in many hands recording births and deaths in the Pastorius family to 1865. A Catalogue of Francis Daniel Pastorius his Manuscripts, is in Vol. 2, p. 736. Vol. 3 is a continuation of the indexes present in the Beehive Manuscript itself; it is in Pastorius' hand and its references are almost entirely to entries in Vol. 2.

Vol. 1 and 2, modern goatskin, all leaves have been laminated for preservation. Original vellum binding with title (no longer legible) and date on front cover and other annotations is boxed with the manuscript, as are 6 black and white photographs of the manuscript before disbinding for preservation. Vol. 3, 18th-century leather with borders in ink. 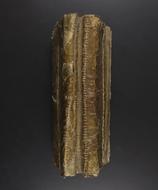 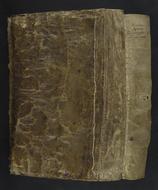 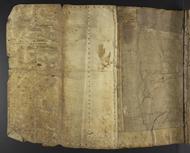 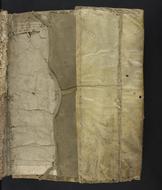 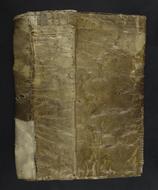 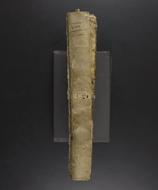 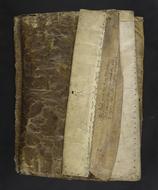 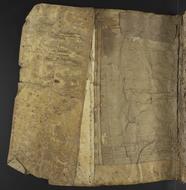 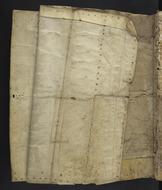