The history of the city of Metz written in quatrains, including the establishment of the city; stories about St. Clement, the first bishop; accounts of numerous battles in the region; and actions of Henry II of France and Charles V, Holy Roman Emperor, towards the town.

19th-century calf (Zacour-Hirsch); spine is partly missing and is detached from upper cover. 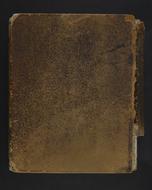 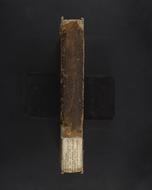