Manuscript is used for contemplation, study, and recitation; contains a short philosophical synopsis highlighting the main teachings of Śaṅkarācārya. The work presents ideas about perception of the Self (ātman) and its relationship to consciousness and the manifestation of emotions, desires and the like. It draws from a wealth of interpretive writings on the Upaniṣads, illuminating such well known phrases as, You are that (tat tvam asi). The work is written from the perspective of the Advaita (non-dualism) Vedanta school of philosophy. 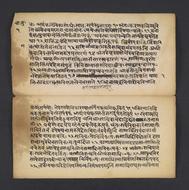 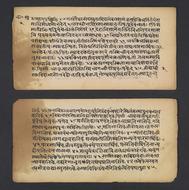