Observances (vrata), rites, and worship (pūjā) performed during the month of Bhādrapada (August-September) in honor of the supposed birthday of the Hindu deity Kṛṣṇa. Additional foliation (f. 122-129) suggests that it was part of a larger manuscript and was likely housed with similar texts; Item 1460 was very likely housed with this manuscript and created by the same scribe. Possibly a larger work containing different vratas was separated to be more profitable. 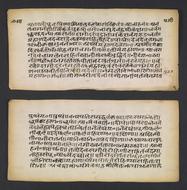 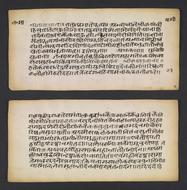 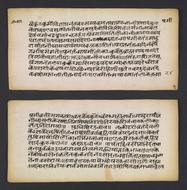 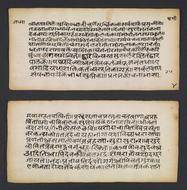 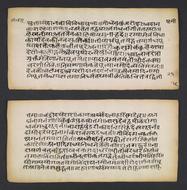 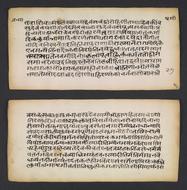 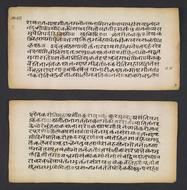