Manuscript for public or private use for consultation, recitation, and celebration of the ninth day in the first fortnight of the month of Bhādrapada (August/September) and related mythology. Especially auspicious for women who worship (pūjā) and perform observances (vratas) to the great Goddess (devī) in the form of Gaurī (another name for Pārvatī) in order to eschew evil in the following year. Final two folios appear to be a scribal addition, in two separate hands, of former owners of the manuscripts. 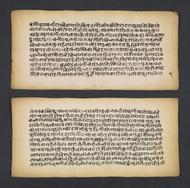 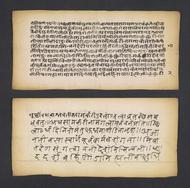 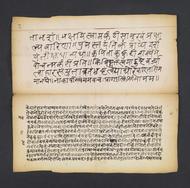 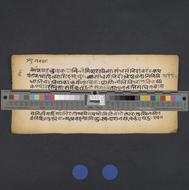