Manuscript is a kind of manual or set of instructions outlining rites and mantras to be performed by a priest or family member when someone has died at an inauspicious time of the year. When the moon passes through five constellations that are in alignment, the event is considered inauspicious and specific rites need to be performed so the deceased will pass onto his or her next life without karmic complications. 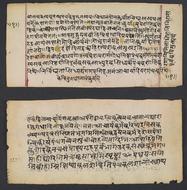 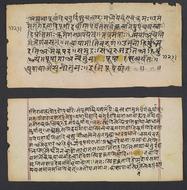 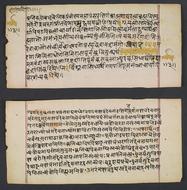