Manuscript is a kind of manual or guidebook outlining rules and regulations and is meant for consultation by a priest or senior family member during the performance of funeral rites and ceremonies as well as veneration of one's ancestors. Text is dedicated to various Hindu deities, especially to Viṣṇu and the ancestors who have obtained Viṣṇu's heaven. A list of texts related to śrāddha rites and/or related pilgrimage sites (tīrthas) appears in two columns on the final folio (f. 4v) and refers to itself as Śrāddhakrama in its colophon. 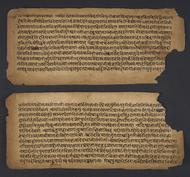 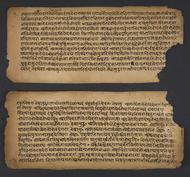 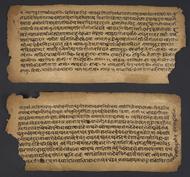