Manuscript titled Death of Śiśupāla, used for recitation, contemplation, and study; draws from epic mythology about king Śiśupāla who opposes the Hindu deity Kṛṣṇa who cuts off his head with his discus (cakra). Manuscript is incomplete and comprises only part of the fourth of 23 books. 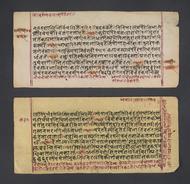 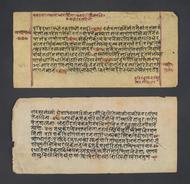 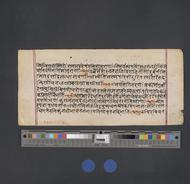