Reaffirmation, dated June 1, 1594, of nomination of Mario and Fabio Hieronimus and Ascanio Francesco Piccolomini to the rural parish of San Giovanni Evangelista in Modanella (located near Rapolano Terme, in the province of Siena), which was owned by the Piccolomini family. Issued by the vicar general of the bishop of Arezzo. For additional documents from the diocese of Arezzo, see Ms. Coll. 742, folders, 88, 90, and 99. 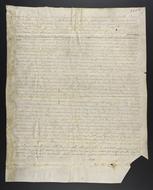 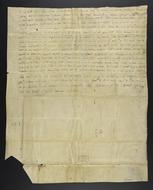