This manuscript is a twelfth-century copy of John Cassian's Collationes, twenty-four conversations with prominent monks about monastic life, recommended for monastic reading in the Benedictine rule. The text is now incomplete, lacking Collations 12, 16-22, and 24. It is in two parts, described in thirteenth-century notes inside the front cover as Decem collationes Cassiani ad beatum papam Leontium (Collationes I-X, fols. 1-103) and Collationes Abbatis Nesterotis de spirituali scientia (Collationes 13-15, 23, 11, fols. 104-143). Both parts are written in protogothic script and may have been written in England, but they are different in ruling, hand, and ornamentation, with the text of the second part somewhat later in date and the initials possibly even later. 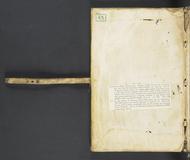 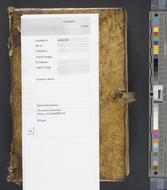