Genealogical tables and notes on the prophets and major Middle Eastern dynasties, including some Pre-Islamic dynasties. The tables begin with the Prophet Muḥammad and then recount the dynasties up to the year 1143 A.H. (1730), the year of the beginning of the reign of Sultan Mahmud I of Turkey. The genealogies between 1091 and 1143 A.H. were added in a different hand.

Bound in reddish brown leather over pasteboard with flap on the right side (Type II); blind stamped central mandorla and cornerpiece with matching stamps on flap; yellow laid paper doublure.

Roundels are decorated with red, yellow and green dots and in-fill with red lines connecting them. Rubrications in red. Two headpieces in red and black (f. 48v, 49v). 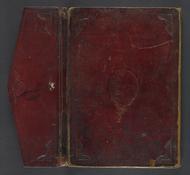 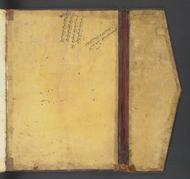 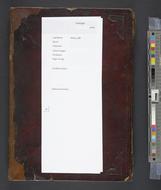