Probably second half of the 15th century

This manuscript is a copy of De vita et moribus philosophorum, a collection of brief accounts of the lives and works of classical philosophers commonly attributed to the late thirteenth- and early fourteenth-century English scholastic Walter Burley but more recently thought to have originated in northern Italy in the fourteenth century. This copy was probably written in the Low Countries in the second half of the fifteenth century. The text is in humanistic book script and is decorated quite simply with one illuminated initial at the beginning of the text and red initials marking philosophers' names. The seventh quire is missing; the eighth quire begins in the middle of the section about Seneca (fol. 57r). An index of philosopher names follows the text, including references to the missing quire.

Foliated in ink, upper right recto; 1-48, 57-65, [i-iii]; both earlier foliation, which is sometimes affected by trimming, and later foliation are in roman numerals

One five-line illuminated initial on gold ground with marginal extensions (fol. 1r); two-line initials in red in margins for the first letter of a philosopher's name throughout; rubrication for titles of Seneca's writings (fols. 57r-59r) 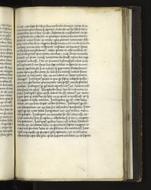 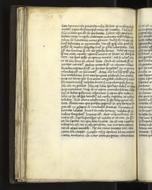 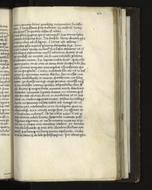 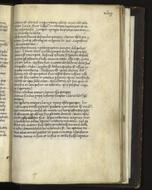 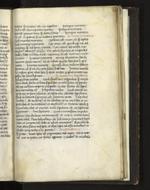