Drawings of machines, grouped by type, such as sewing machines, presses, scales, water wheels, turbines, cranes, steam engines, and locomotives, arranged to illustrate the development of the machines and accompanied by historical notes which often refer to the inventor and give citations to works dated as late as 1864, made while the author was a student at the Polytechnic Institute in Hannover, now Leibniz Universität Hannover. The title page refers to the Vorfrägen (Preliminary questions) of Dr. Rühlmann, probably the 4-volume encyclopedia of mechanical engineering titled Allgemeine Maschinenlehre, published by Christian Moritz Rühlmann, professor of mechanical engineering at Chemnitz; the first volume was published in 1862. A printed table concerning the performance of various locomotives, with a reference to an exhibition of 1862, is bound in near the end of the manuscript (f. 195) and folds out. 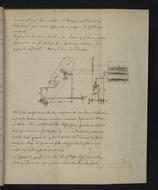 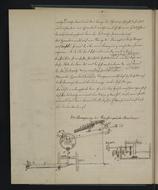 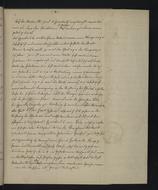 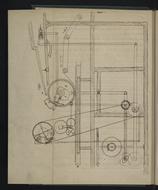