Collection of astrological and astronomical diagrams gathered from 3 earlier manuscripts. After a later parchment bifolium (f. 1-2, with inscription dated 1861 and 18th- or 19th-century English title) come 3 leaves from an early 15th-century English manuscript, perhaps the manuscript book dated 1410 referred to in the title on the later bifolium, possibly from the Liber juratus Honorii, attributed to Honorius of Thebes. These present magical diagrams that are a template for a horoscope (f. 3v), a circular zodiac calendar with no indication of year (f. 4r), and 2 diagrams related to Cabala as it was understood in Europe at the time (f. 4v-5r). An inscription describes the purchasing of the parent manuscript from Richard Chamberlain and a breakdown of the price for a manuscript of 25 gatherings, lining or ruling, binding, and materials (f. 3r). The next leaf, which is folded and comes from a different manuscript, shows a diagram of the earth surrounded by spheres of the elements with an explanation that suggests the diagram concerns the cause of tides (f. 6r) and 2 astronomical diagrams of concentric circles labeled Polus articus and Polus antarticus (f. 6v). The final leaf is from a Spanish manuscript and contains a mathematical table showing the use of Arabic numerals in the computation of large numbers (up to 22 places) for astronomical calculations, with notes using the Spanish terms cuento, millon, summa, and protocuendo (f. 7r). A plain diagram in ink of a labyrinth, drawn on the verso of a fragment of an English document on paper concerning a real estate transaction, is laid in the manuscript. 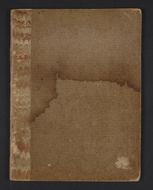 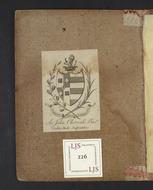 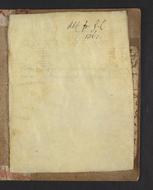 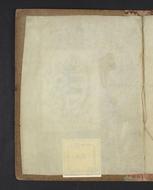 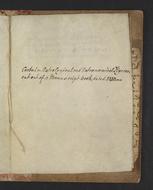 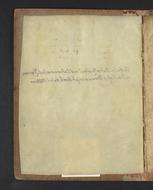 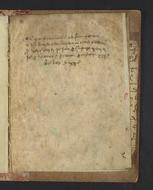 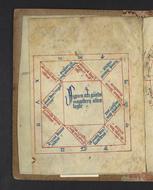 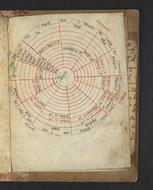 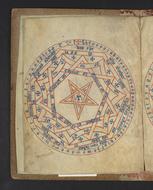 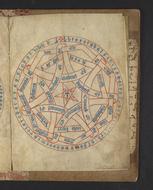 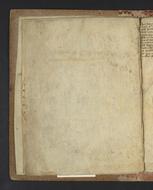 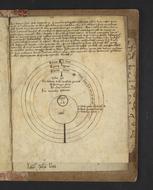 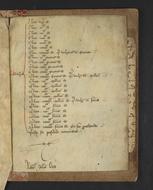 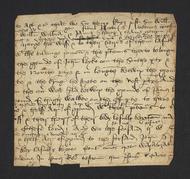 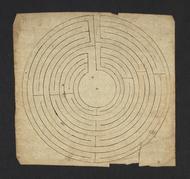 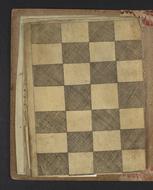 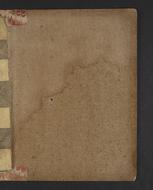 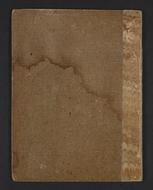 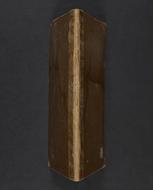