LJS 45 Papyrus fragments from The book of the dead

Papyrus fragments from The book of the dead

Written in Egypt between approximately 300 and 150 B.C.

Nine illustrated fragments from a manuscript on papyrus of The book of the dead, a collection of spells and incantations buried with the dead to protect them in the afterlife. The fragments include text in hieratic script in black and red ink. All are worn, some almost completely worn away (f. 4r, 6r, 7r). The fragments are mounted in card (the embossed stamp in the corner of several mounts, with E.B. and a caduceus on a crowned shield surrounded by a scroll with the phrase Carton Bristol Francais seems to refer to the material of the mounts rather than a former owner).

Illustrations on each fragment. 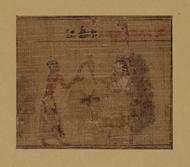 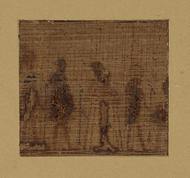 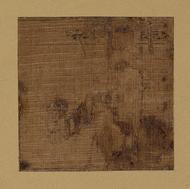 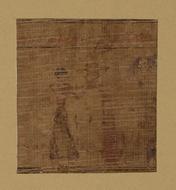